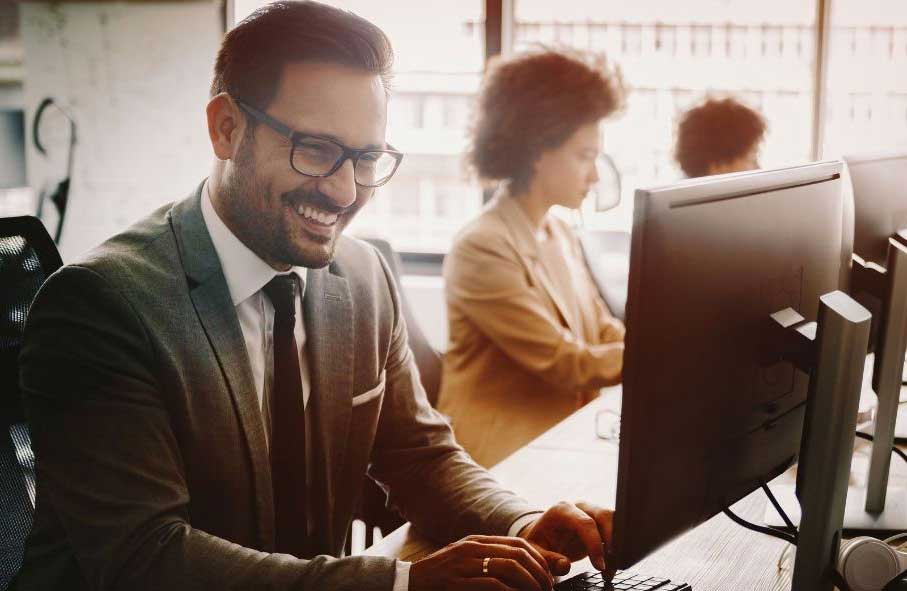 Business Process Outsourcing (BPO) is not a new concept. Most large organisations across the globe have been using BPO providers for decades to streamline non-differentiated parts of their business so they can focus on the bits that actually differentiate them from their competitors (i.e. their competitive advantage). As a result, not only do these companies not have to focus on non-differentiated tasks/functions such as back-offices, IT, automation, training, etc., but they also bring about significant cost savings. This in turn means that these savings could potentially be reinvested in further differentiation and increasing their competitive advantage. Therefore, it comes as no surprise that the BPO sector globally is now worth over $1trn and growing.

Fast forward to 2021-2022, and there are a number of tailwinds that increase the urgency for leveraging BPO for businesses that want to stay competitive, remain profitable and, in some cases, simply survive. This is even more true for small and medium sized businesses than larger ones which may have the resources to weather the storm. For the avoidance of doubt, Business Process Outsourcing does not necessarily mean the offshoring or nearshoring of staff. In fact, a large part of BPO today relies on Robotic Process Automation, which is described very aptly in the TechRepublic article by Scott Matteson labelled “How Robotic Process Automation can make work more efficient in your business”.

Below are key factors I see impacting small and medium businesses in the UK and across the world in 2021-2022 that could be managed and significantly controlled by leveraging Valenta’s industry leading BPO services.

One could write pages on the challenges and changes seen in the aftermath of the COVID-19 pandemic, including the mess that governments around the world have made trying to handle it. However, to keep this article brief, what I have below is a non-exhaustive list of key outcomes I can see clear as day in the wake of the post-COVID world.

The above means that today Business Process Outsourcing is poised to achieve seamless integration with existing business processes, the likes of which could not have been imagined pre-COVID.

Labour and skill shortages plague economies almost equally on both sides of the Atlantic.

For businesses, this makes Business Process Outsourcing all the more attractive where labour and skill shortages can be addressed by a combination of increased automation, artificial intelligence, and outsourcing to offshore/nearshore centres.

With increasing commodity shortages across the globe, there’s hardly any economy that isn’t suffering from high inflation. This is extremely pronounced in the UK and across Europe, where acute food and energy shortages are making government policymakers extremely nervous about the potential crisis looming ahead. Central banks across the globe have already apologetically started to restate inflation estimates for higher and most — including the U.S. Fed and the Bank of England — think they will miss their inflation targets for both 2021 and 2022. Interest rates are at their all-time lows at nearly zero percent in the U.S. and UK (negative in Europe), which is significantly below what the U.S. Fed believes would be a neutral interest rate at 2.25%.

However, the two tools available to the central banks to control inflation and unemployment (i.e. the two variables on the Phillips curve), have proved entirely ineffective. These two tools are the money supply (i.e. either printing more or buying back currency) and interest rates. Any further economic stimulus in the form of lowering interest rates and/or printing more money will only increase inflation but is unlikely to provide any boost to the economy. Most economic pundits have hesitantly started to talk about a possibility of the dreaded Stagflation. Thus, Fed Chairman Jerome Powell has already announced that the Fed will make no such further stimulus attempts and will actually do the reverse by rolling back its huge pandemic stimulus program by tapering its monthly asset purchases. Most governments are in their worst liquidity positions since 1945, with the U.S. Senate reluctantly having to approve the increase in the debt ceiling to avoid a U.S. government default. The situation in the UK is no better in the aftermath of bad decision making during the COVID crisis leading to an increase of $2trn of debt for the UK. What does all of this mean? It means a prolonged period of high inflation, rising cost of doing business, increase in taxes, and significant margin pressures on both EBITDAs and post tax earnings for most businesses. Business Process Outsourcing can help businesses achieve savings and efficiencies across processes, resulting in alleviating said margin pressures by use of automation, artificial intelligence, and process outsourcing.

Valenta is a leading global provider of Business Process Outsourcing, including process consulting, robotic process automation, and staff augmentation. If you would like to learn more about how Valenta can help your business achieve greater cost efficiency, higher top-line revenues, and increased margins by employing Business Process Outsourcing in your business, please get in touch today for a free consultation at

Schedule a Meeting with Dan Shah